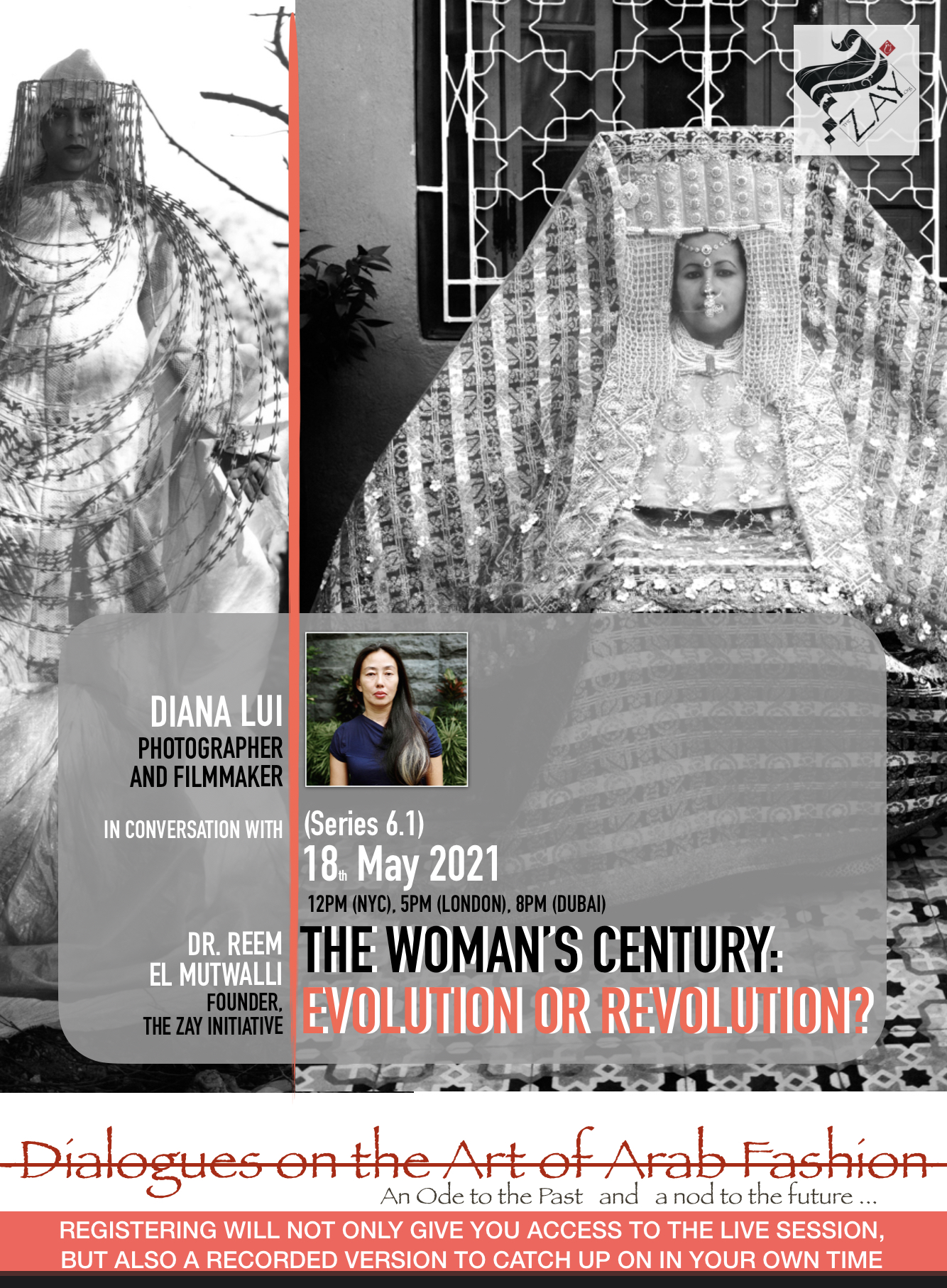 6.1 Dialogues on the Art of Arab Fashion: The Woman’s Century: Evolution or Revolution?

Dr. Reem El Mutwalli in conversation with Diana Lui, Paris based Artist, Photographer and Filmmaker discussing The Woman’s Century – Evolution or Revolution? An artistic exploration of the Veil and Costume in contemporary Morocco and Tunisia.

Dr Reem Tariq El Mutwalli, is a published author, lead curator and public speaker. With over 30 years of experience, she is an expert consultant in Islamic art and architecture, interior design, historic dress and UAE heritage.

Diana Lui is an artist, photographer and filmmaker of Chinese and Punjabi origins from Malaysia. She was sent in the 1980’s at age 14 to further her studies in Los Angeles, California. After 12 years in the United States, Lui moved to Europe, first to Belgium and finally to France in 1998. Based both in Kuala Lumpur and Paris, she has been working between Asia and Europe for the last 30 years. Her transient life between three different continents has developed in her a heightened sense of “rootlessness”. This “loss of self” became later the center from which her art took shape. Consequently, her work for the last 3 decades questions the changing definition of cross-cultural identities, past, present, future identities, hybrid identities as well as non-identities.