The Barakat Trust has supported 700 projects over the past 35 years.

In 2021, we supported Shahira Yatim, a Palestinian art historian to pursue an MA at SOAS University of London, in History of Art and Architecture of the Islamic Middle East.

Our travel and research grants were granted to Dr Mehmet Kentel to undertake research on urban change in Istanbul as a result of the 1870 Pera Fire; Michelle Al-Ferzy to further her research on dining etiquette in the Mamluk period; Barbara Cordua to research community perspectives on urban conservation in the Medina of Tunis; Negar Kazemi to undertake research on the conservation of Ottoman period Orthodox churches in Istanbul; Aziza Shanazarova to undertake fieldwork about a shrine dedicated to a female Sufi master in Bukhara, Uzbekistan, and Dr Cailah Jackson to acquire high resolution images of illuminated Persian manuscripts for her research.

Our major grants have been allocated to: enabling the conservation of an Ayyubid Madrasa (Al-Madrasa al-Kamiliya) in Gaza, Palestine and its use for community purposes; conservation training, also in Gaza, in the shared space between St Porphyrios Church and Katib al-Wilaya Mosque; the documentation of overlooked Sufi shrines in Lahore, Pakistan; the conservation of Indian Armour in the Wallace Collection, London; an archaeological field school at the site of Qalat Hammam in southern Egypt; a project to address the urban challenges of the Mamluk complex of Salar and Sanjar in Cairo, Egypt; An archaeological study of the impact of Islam on domestic architecture of Surame, Nigeria; A workshop on the history of textile production in the Islamic world; the conservation of Arabic manuscripts in the Franciscan Provincial Archive in Malta; surveying and documentation of Islamic Baths in Samtskhe and Kakheti regions of Georgia; the excavation of the Islamic historical core of Dumat al-Jandal (ad-Dira’ district), Saudi Arabia; enabling a Tunisian curator to attend the British Museum’s International Training Programme; and  support for the refurbishment of the Kenyon Library in Jerusalem.

Publication support was given to Matt Saba for his upcoming book “Impermanent Monuments, Lasting Legacies: The Dār al-Khilāfa of Samarra and the Art of Palace Building in Abbasid Iraq”; to Abigail Balbale for her book entitled “The Wolf King: Constructing Power in al-Andalus”; to Sinem Casale towards “Gifts in the Age of Empire: Ottoman Safavid Exchange”; to Sussan Scollay for “The Ottoman Imperial Palace at Edirne/Adrianople, 1451–1877: Architecture, Imperial Vision and the Arts of Living” ; to Shiva Mihan towards “Prince Baysunghur’s Library: Patronage and Manuscript Production in Timurid Herat” and to Nilay Ozlu for “The Topkapi Palace: The Politics of Heritage, Memory and Display”.

Our digitisation grant was awarded to a project to document the disappearing knowledge of Kundekari (Middle Eastern wood joinery) in Egypt and Turkey and to finalise the KAC Creswell Archive Digitisation Project.

In 2020, we awarded an MA Scholarship to Zahra Khademi, to study Islamic art at the Courtauld Institute, London. Khademi is an Iranian curator working for the Museum of Islamic Arts in Malaysia.

Our major grants were given in support of: The British Library’s Arabic translation of the publication “Remote Capture: Digitising Documentary Heritage in Challenging Locations”;  to establish a public library specialized in heritage conservation in Bayt Yakan, Souq al-Silah Street, Historic Cairo;  Translation of material on the Museums without Frontiers website into Arabic to make it accessible to 420 million Arabic speakers around the world. (www.mwf.org); establishing a conservation internship programme at the  National Laboratory for the Preservation and Conservation of Parchment and Manuscripts (NLPCPM) in Kairouan, Tunisia; a conference at the Sorbonne on Calligraphy at the Frontiers of the Islamicate World; a contribution to the Ceramics from Islamic Lands Conference at the Victoria and Albert Museum (Funding for young participants from the Islamic world to attend the conference; Creating a materials construction digital database on paper dyes used in Persian medieval manuscripts at Melbourne University;  Researching the Islamic Collections of the ‘Eastern Museum at Kedleston Hall, Derbyshire; a contribution towards al-Imam al-Shafi’i Dome Conservation Project, Cairo implemented by Megawra; support for the Islamic Baydha Archaeological Excavation in Jordan; support for public engagement activities related to “Precious and Rare: Islamic Metalwork from the Courtauld” at The Holbourne Museum, Bath; The Conservation of al-Qaisariyya Bazaar – Gaza -Phase 1; New Light for Women in Cairo’s ‘City of the Dead – Leather jewellery workshop training with Tania Clarke Hall to enable women from a poor historic neighbourhood to better their livelihoods through sustainable jewellery making.

In terms of publications, we contributed towards the production of  “Complex Weaves: Technique, Text, and Cultural History of Striped Silks” by Corinne Muhlemann.

We continued our support of the KAC Creswell Digitisation Project of early architectural photography from the Middle East, at the V&A, the American University in Cairo, the Ashmolean Museum Oxford, and other significant collections around the world.

We offered continued support to two post doctoral researchers at Oxford University: Nilay Ozlu on The Topkapi Palace during the late Ottoman era and Atri Hatef Naeimi on Transcultural Interactions in Ilkhanid Capital Cities.  (Extension due to Covid-19)

In 2019, we funded Doa Khan, a Pakistani conservation professional to pursue an MA in conservation studies at the University of York and Dina Mneimnah, a Lebanese urbanist to do an MA in Architecture and Historic Urban Studies at University College, London.

Our travel and research grants enabled Zarifa Alikperova to undertake research on the Shrine of Jalaludin Rumi in Konya, Turkey; Jaimee Comstock-Skipp to travel for research on Central Asian Persianate manuscripts; Maxime Durocher to organise a conference on archives at the Sorbonne University; Shireen El Kassem to undertake research on Mamluk silk production in Egypt and Syria; Gunseli Gurel to further her research on Ottoman manuscript production; Alya Karame to further her research on Quran production; Kristyna Rendlova to attend a summer school on Ottoman manuscript illustration; Yeliz Teber to study the Bektashis in the Ottoman Empire and Nikolaos Vryzydis to study objects from the Islamic world in Greek monastic collections.

Our major projects grants supported the post of librarian at the Kenyon Institute Library in Jerusalem;  a workshop on post-conflict urban reconstruction  in Aleppo at the American University in Beirut; a summer institute for the arts of Iran at the Courtauld Institute of Art; capacity building training in manuscript conservation for heritage professionals in Gaza; archaeological investigations including the training of young archaeologists at the site of medieval Volubilis, Morocco; Multaka-Oxford (Cultural encounters between forced migrants to the UK, and the British Public through a pioneering engagement programme at the History of Science Museum, Oxford; Diane Digna, a Sudanese museum curator, to join the British Museum’s International Training Programme; Technical studies to enable the dating of early Islamic pottery; archaeological work at the site of the San Giovanni dei Lebbrosi (Palermo) Archaeological Complex in Sicily; A visitor path around the Imam Shaf’i Complex in Cairo; the documentation of the Ibn al-Ghurab Mausoleum in Cairo; and the documentation of unlisted commercial buildings in Bulaq, Cairo.

We continued to fund the digitisation of the historic photos of KAC Creswell at the Victoria and Albert Museum and in other international collections.

In 2018, we funded Wajeeha Arshad to pursue an MA in the conservation of historic buildings at the University of York, and Nayra Zaghloul for her 2nd year of M.Phil in Islamic Art and Archaeology at Oxford. Our funding also enabled Alya Karame to do postdoctoral studies on Quranic Manuscripts from the Eastern Islamic World between the 10th and 12th Centuries and Dr Ruba Kana’an, a senior scholar, to undertake a study entitled The City and its Mosques, both at Oxford.  Barakat Trust funding also enabled Peter Nagy to undertake his study of Sultans’ Paradise: The Archaeology of Shālla in the Islamic Periods and for Funerary Architecture in Fourteenth-Century Tlemsen, Algeria, and enabled Muhammad Shaaban to attend the School of Mamluk Studies 2018 Conference.

The major projects we supported in 2018 were the documentation and cataloguing of Widad Kawar’s personal archive of traditional Palestinian costumes; understanding and presenting Khirbat al-Mafjar, Jordan through architectural reassessment, virtual reconstruction and presentation to the visitor; The Metropolitan Museum of Art’s project on The History of Muhammad al-Jazuli’s Dala’il al-Khayrat Prayer book from West Africa to South East Asia, (15th – 20th centuries); The British Museum’s International Training Programme;  A Study of The Ottoman Imperial Scroll; archaeological work in Walila, Morocco: spanning the period from the Awraba to the Merinids;  restoring, recording and inventorying the tangible and intangible cultural heritage of the M’Hamid Oasis, Morocco; a conference entitled: Protecting the Past: From Digital Documentation to Heritage Management in the MENA Region; Funding for the part-time librarian at the Kenyon Institute (Council for British Research in the Levant), East Jerusalem; research to reconstruct Ottoman legitimacy in the wake of Wahhabi challenge, looking at architecture and beyond; The Islamic Bayda Project; and an analysis of rock crystal and other hard-stone craftsmanship in medieval and early Muslim societies– from raw material to the final product.

Our funding also enabled the digitisation of the historic photos of KAC Creswell at the Victoria and Albert Museum and in other international collections.

On the conservation front, we funded two projects: The Treatment and Conservation of a Gilded and Painted
Wooden Medallion in Storage at Manial Palace Museum, Cairo; and Sacred Spatialities in Transition: Mapping Muslim Architecture In The Littorals of South Asia.

We also funded the following publications:

All of the above projects were made possible through generous donations received from The Barakat Trust. Please continue to support us to enable other great projects and initiatives that preserve the heritage of the Islamic World and educated current and future generations of professional. Even a small donation helps.

Image Above: A paper-making workshop at a summer school entitled “The Arabic Manuscript:
Codicology, Palaeography and History,” Supported by The Barakat Trust, The National Library of Tunisia, 2017. 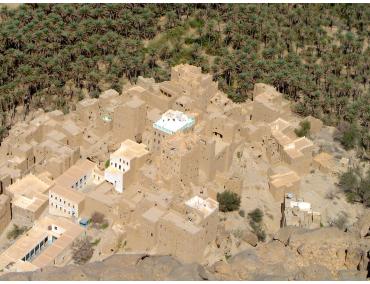 The Barakat Trust cannot continue its essential preservation of Islamic art, heritage and culture for future generations without your support. If you are impressed by our work and willing to help us preserve the heritage of the Islamic world,  please consider making a one-off donation and support our work. 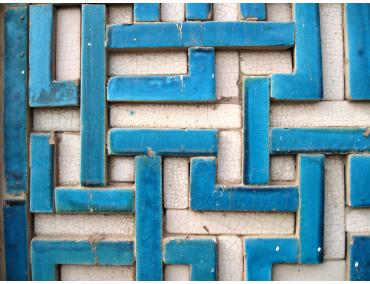 The Barakat Trust cannot continue its essential preservation of Islamic art, heritage and culture for future generations without your support. Many of our grants are ongoing, and continued support of even a small sum of money can have a huge impact in the long run.  If you like what we do, please consider making  a recurring donation in support of our work. 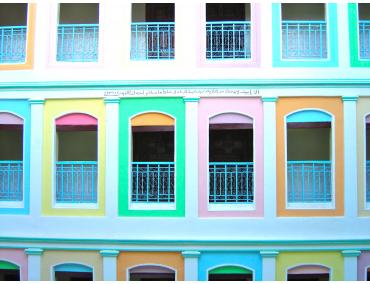 The Barakat Trust works on a wide range of projects, events, exhibitions and workshops across the world –  We’d love you to get involved:

If any of these appeal to you please send your CV and a cover letter outlining your area of interest to: info@barakat.org

If you would like to make a BACS transfer please contact us quoting your name, address, email, country of citizenship, whether your donation is Zakat or Sadaqa Jaaria together with a reference.

Alternatively if you are pay US taxes, and tax-efficient giving is important we can provide details on how to make a donation.

Please use the contact form below to request bank details or information on US donations!

Sponsor a Barakat event or project and access a diverse and global network of students, professionals and art collectors from across Europe, The Middle East, North Africa & South Asia! Enhance your media profile and meet your CSR objectives. We can host a talk, event or curate an exhibition with all proceeds supporting the Barakat Trust.
SPONSOR US

Please get in touch!

Ever wanted to explore your creative talent and develop an innovative project, curate an exhibition working with the creative energy of artists to fundraise for charity?

Contact us to organise a lecture, talk, exhibition or explore ideas for other projects with us.

CURATE FOR US
Page load link