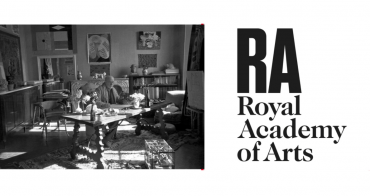 Matisse in Studio and his Islamic collections

Step into the studio of Henri Matisse, brimming with the artist’s treasured objects. Focusing exclusively on their important role in his work for the first time, we will reveal how this eclectic collection took on new life in his transcendent art.

Matisse drew his collection from the far corners of the world: Buddhist statuary from Thailand, Bamana figures from Mali, furniture and textiles from North Africa. Rarely of material value, these objects were nonetheless precious. Offering points of departure to which he could return again and again, they appear in his work in different guises and across spans of decades, reinvented afresh in each new setting.

Matisse’s objects formed his repertoire, but they also provided him with influences from beyond the limits of Western art. African sculpture and masks were a revelation, suggesting more expressive models for depicting the human figure and face. Later, Matisse adorned his Nice studio with props from the Islamic world to create the sensuous sets for his ‘odalisques’, in which a harmonious synergy emerges between figure and object. And as his oeuvre reached its joyous apex in his cut-out period, he looked to the concise precision of Chinese calligraphy and African textiles as he sought to invent his own simplified language of signs.

This sumptuous exhibition and insightful talk, offers a rare glimpse into the artist’s personal collection, as well as the paintings, sculptures and drawings it inspired. Seen together, they reveal how Matisse’s masterful vision of richness, balance and vital, fluid energy first stemmed from the collage of patterns and rhythms which he found in the world of objects.

All tickets include a gallery guide

Book your ticket at: https://www.eventbrite.co.uk/e/matisse-in-studio-barakat-event-tickets-33783778190