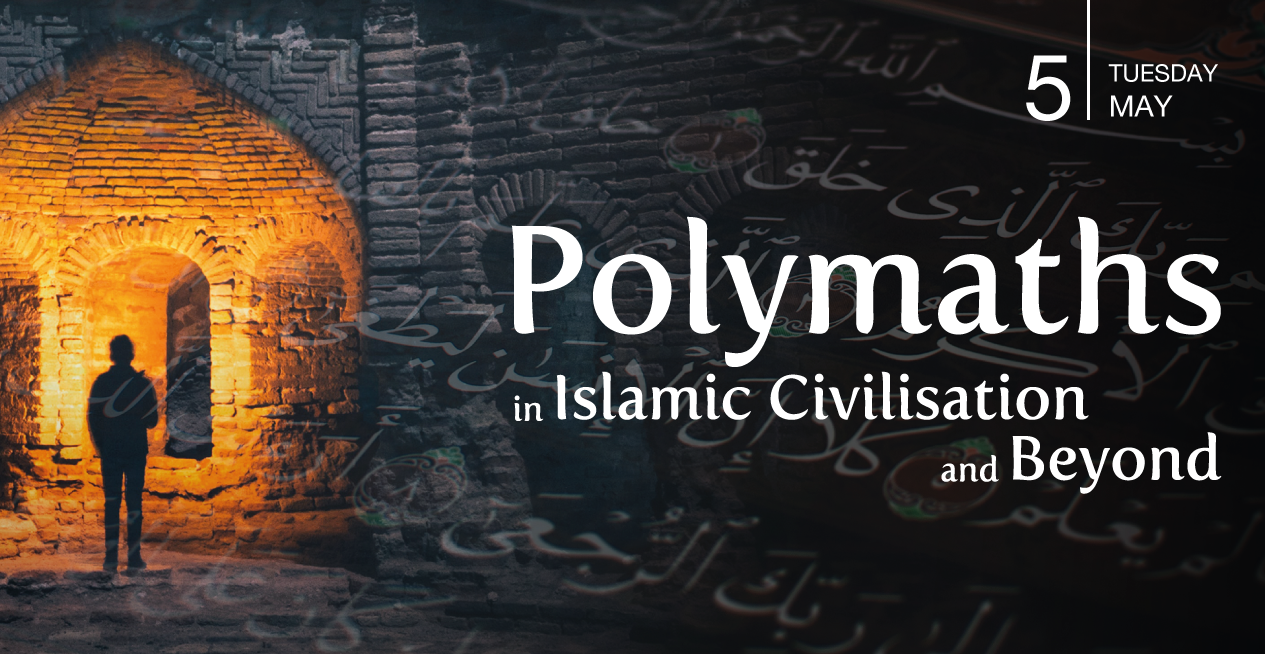 Polymaths in Islamic Civilisation and Beyond

A groundbreaking exploration of the lives of multi talented humans in the Islamic world.

Polymaths are exceptionally versatile humans who excel in multiple, seemingly unrelated fields. The diversity and synthesis of their knowledge allows them to make unique contributions to scholarship and society. The examples of historical polymaths most often given tend to be from the European Renaissance and Enlightenment – the likes of Leonardo da Vinci, Benjamin Franklin, Thomas Young and others. Yet what is too often ignored is that polymaths from various parts of the world – Asia, Africa, Latin America and beyond – have often been equally impressive and influential.

This event will be a groundbreaking exploration of polymathy in the Islamic tradition, highlighting examples through Islamic civilisational history such as Al Ghazali, Ibn Sina and Ibn Khaldun, but also Jewish and Christian polymaths like Maimonides and Hunayn Ibn Ishaq who lived and thrived under Muslim rule. They were products of a culture that fostered continuous learning and provided fertile ground for those with an endlessly curious disposition.

What made Islamic civilisation uniquely polymathic? And why is there now a dearth in polymathy in a world once known for it? In exploring this, our distinguished panel will ultimately pose a more pertinent question: what is the value of the polymath to the 21st century?

This event is part of Converging Paths 2020, organised by Asia House and The Barakat Trust, and with the support of The Altajir Trust. We also thank the Aga Khan Trust for Culture for their support.

This event is part of the Polymath Festival 2020 and the series Converging Paths, a year-long series of events curated for 2020, and organised in partnership by Asia House and The Barakat Trust. With this series we aim to engage audiences in challenging cultural misconceptions about the Islamic world, building bridges between communities and highlighting the importance of the arts of that region. We aim to provide wider access, combining digital platforms and curated cultural programmes that appeal to adults and families.

We also thank the Aga Khan Trust for Culture , The Altajir Trust. and the DaVinci Network for their support.