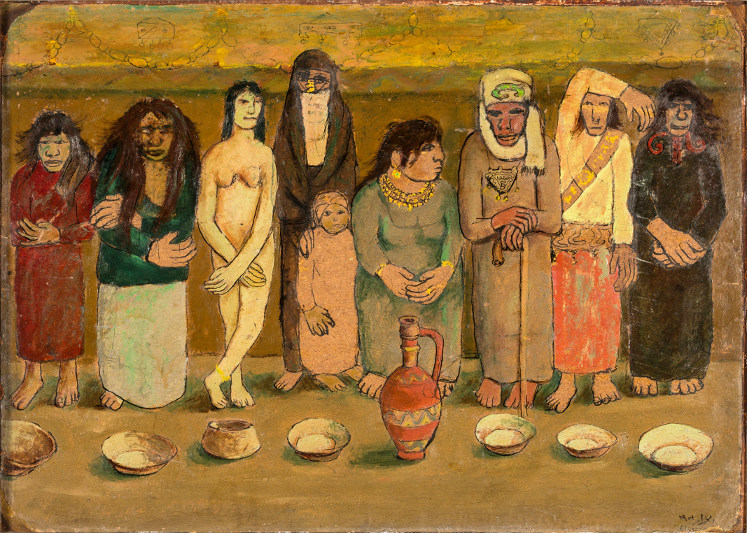 Reviving the Ancient, or Stepping Out of its Shadow? The Journey of Modern Art in Egypt

A talk by Yasmine El Dorghamy.

For most people, the words ‘Egyptian art’ immediately evoke images of tomb paintings, golden statues, and imposing monuments. For some, they conjure up examples from Coptic or Islamic art. Rarely, however, does mentioning ‘Egyptian art’ inspire any images from the twentieth century.

When the Egyptian School of Fine Arts opened its doors in 1908, enrollment rates were higher than anticipated. Its graduates and other local artists never had it easy. At home, they lived in a country fraught with political unrest, fighting for its independence, and looking at art almost purely as a means of defining its national identity. Abroad, they were either eclipsed by their distant ancestors or judged by Euro-centric standards and Orientalist stereotypes.

Forging an independent identity for Egyptian modern art has thus remained elusive.  This talk reflects on the different paths that successive generations of artists have taken as they strove to define and redefine themselves and their art over the course of the past 100 years.

Yasmine El Dorghamy publishes RAWI – Egypt’s Heritage Review, a bilingual (English/Arabic) annual periodical. The 8th edition, published in 2016, on Egyptian Modern Art has been widely acclaimed and is considered by many to be a reference on the subject, and has been included in several university curricula. El Dorghamy holds a master’s degree in education policy from Stockholm University, manages a non-profit educational foundation, and teaches visual culture at the American University in Cairo.

Venetia Porter is the Assistant Curator, Islamic and Contemporary Middle East Department at the British Museum. She is responsible for the Museum’s collection of Islamic art, in particular of the Arab World and Turkey, as well as developing the collection of the modern and contemporary art of the Middle East. She is a widely acclaimed author in the field.