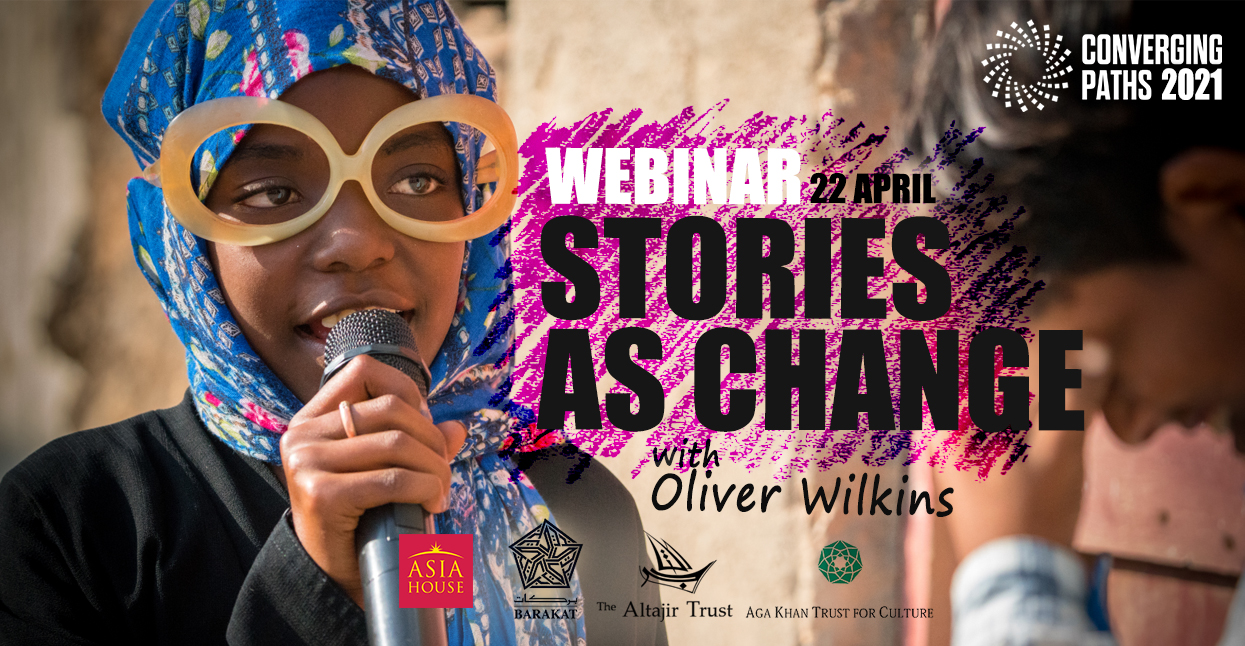 Stories As Change: A Webinar with Documentary Filmmaker Oliver Wilkins

Stories have always been with us, in the form of a tale, a song, a book, or even a movie or video game. Storytelling is a powerful way to strengthen ties within a community. To coincide with Earth Day, join us for a fascinating presentation by filmmaker Oliver Wilkins on the transformative power of storytelling to facilitate positive change within local communities of Asia and Africa.

Wilkins has created projects in collaboration with partners such as The British Council, The British Museum, The Arab Regional Centre for World Heritage and The Royal Botanic Gardens Edinburgh to encourage diverse communities in Yemen and Egypt to explore their communal identity via narratives, and has brought to the fore how these can be used as tools to advance societies in areas that substantially lack social engagement.

Oliver Wilkins is an independent Emmy award-winning British filmmaker. Wilkins works on creating advocacy projects designed to empower marginalised communities. He lived in Egypt for many years, working with international organisations across the region. He created “Sotna” – Egypt’s first news programme presented entirely by children and the first Arabic-language documentary on people living with HIV/AIDS. His film on children using animation to fight against corporal punishment in schools in Egypt won an International Emmy. He lives in London.

This event is part of Converging Paths 2021, an initiative in partnership with the Barakat Trust and with the support of The Altajir Trust and the Aga Khan Trust for Culture.