Hajj Journey Through the Ages

A series of paintings by Reem Nazir based on archive photographs

and first-hand accounts both ancient and modern

The paintings in Hajj Journey Through the Ages are the culmination of an intensive three-year project by Saudi artist Reem Nazir. Born in her grandfather’s home in the historical town of Jeddah, Reem has previously exhibited her work in Jeddah, Riyadh, Buenos Aires, Moscow, Agadir and Santa Fe as well as at the Leighton House Museum in London. This exhibition was originally shown in Jeddah, gateway to the Holy City of Makkah in 2013, Madinah in 2014 and at the Royal Geographical Society, London in 2015.

This exhibition of forty-four original oil paintings explores the history of the Hajj, a pilgrimage to the Holy City of Makkah, which is one of the five pillars of Islam, including a visit to the Holy City of Madinah. This series depicts a bygone era, when the long and arduous travel to the Hijaz was mostly undertaken by camel caravan and traditional sailing dhows, before the advent of steamships, trains and air travel.

Alongside the paintings are historical reference photographs, courtesy of The Barakat Trust and Royal Geographical Society, that relate to scenes depicted in the paintings. In addition, descriptions of each scene are provided by a variety of historical ‘voices’. Evocative quotations of first hand witnesses, from the earliest Islamic historians and travellers, through to later Eastern and Western travellers, are used in addition to verses from the Holy Quran and traditional sayings of the Prophet Mohamed (peace be upon him).

The origins of this project go back to 2010 when the late Tajammul Hussain, a British Pakistan artist friend, was captivated by a painting Reem had made of the faithful praying in the Holy Mosque in Makkah, based on a late 19th century photograph. Tajammul was so moved and inspired by the image that he urged Reem to paint a series on the Hajj in the days of our forefathers. After a period of research, Reem came to embrace this project and decided to make a full commitment to it.

Searching for answers in a variety of written sources, some dating back over a millennium, revealed many evocative quotes that added another dimension to the project. These also helped inspire Reem, as the atmosphere of a scene depicted in an otherwise static photographic image was suddenly brought to life. It was then that Reem and Tarik decided the exhibition would benefit from the three complementing elements: black and white photographs, first hand quotes and paintings in colour.

A final hidden dimension to the paintings is the canvas they are painted on: it is the type of canvas from which pilgrim tents used to be made. Aside from its strong connection to the subject of Hajj, Reem liked the rough texture of the canvas, as it suited her work and gave the right effect she wanted when working with a palette knife.

The exhibition at the Islamic Arts Museum Malaysia 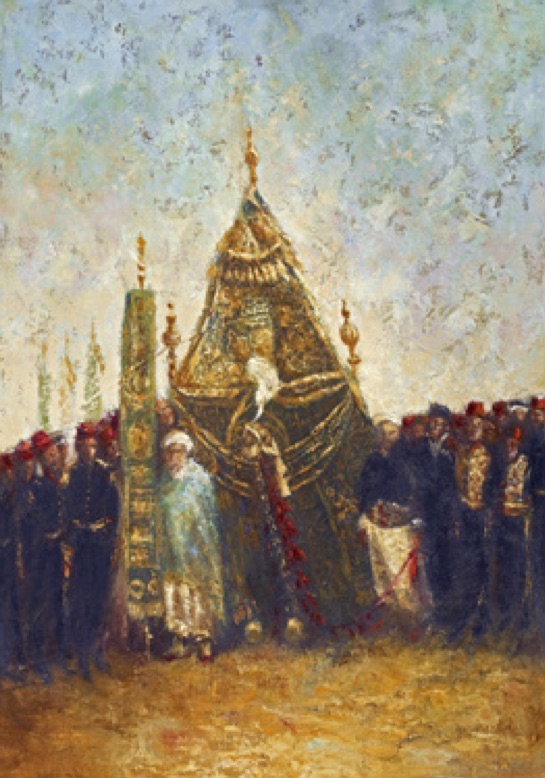 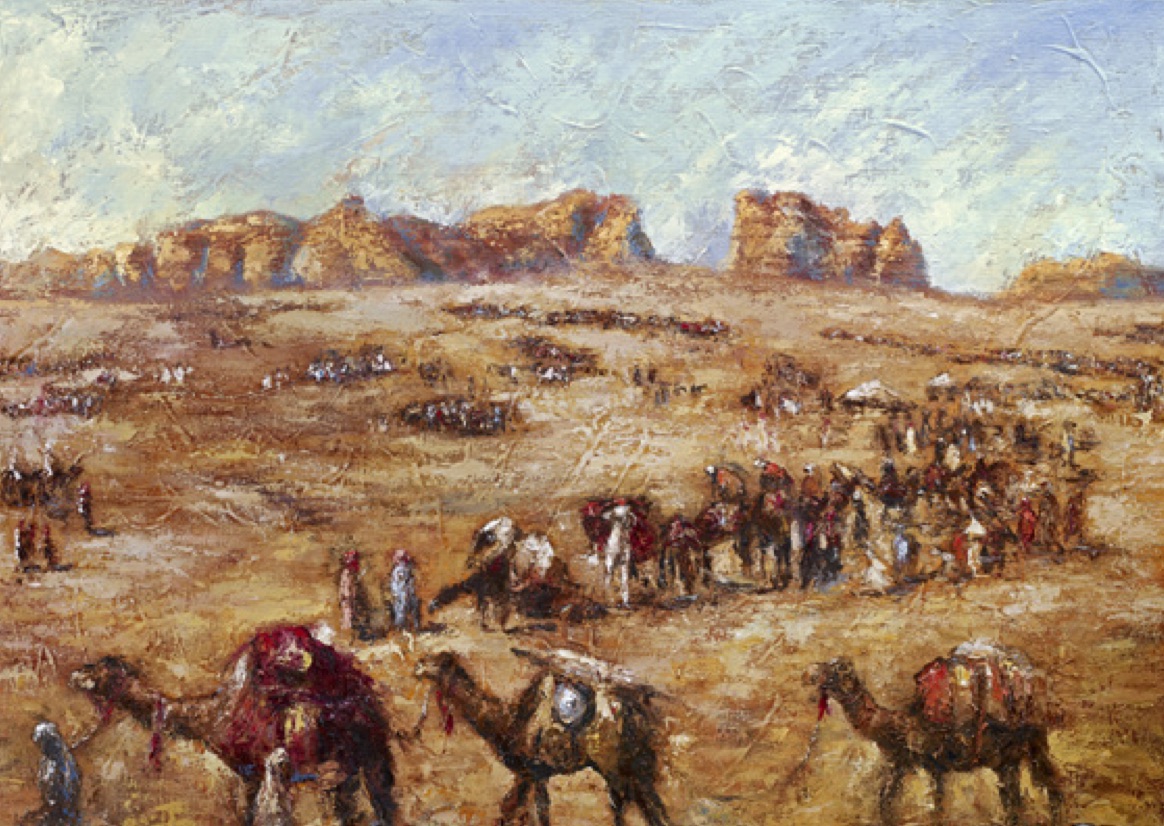 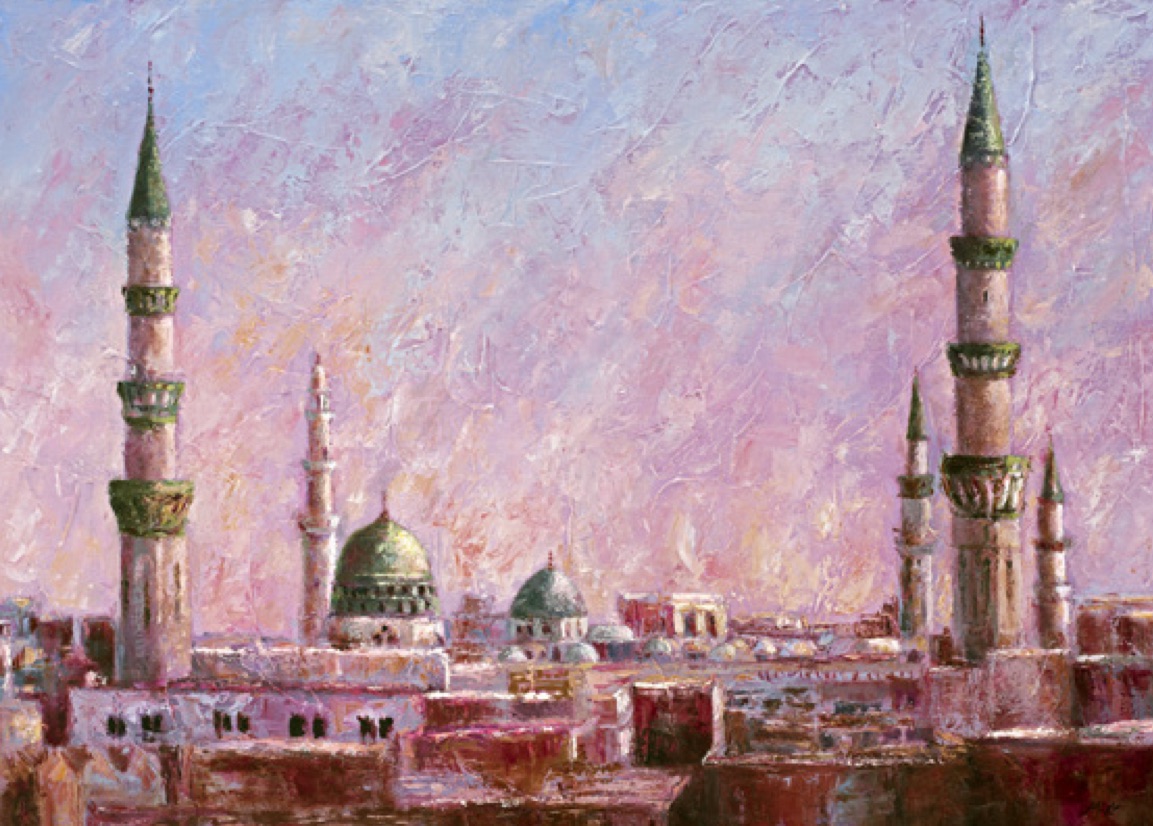 Call to Prayer at the Prophet’s Mosque

The sponsors and partners 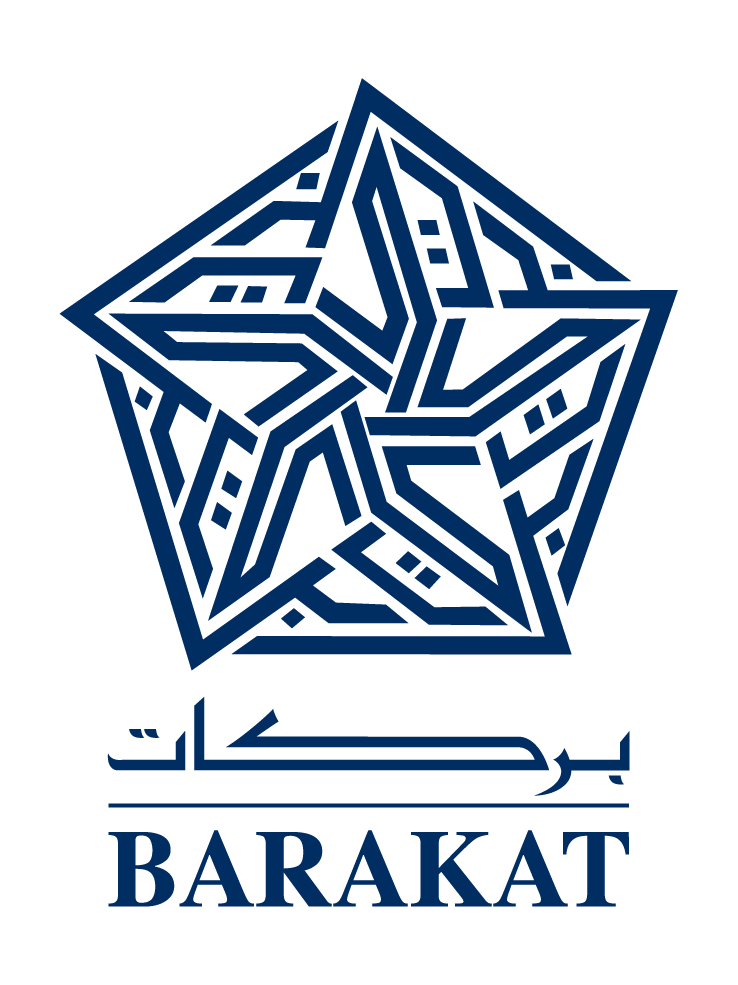 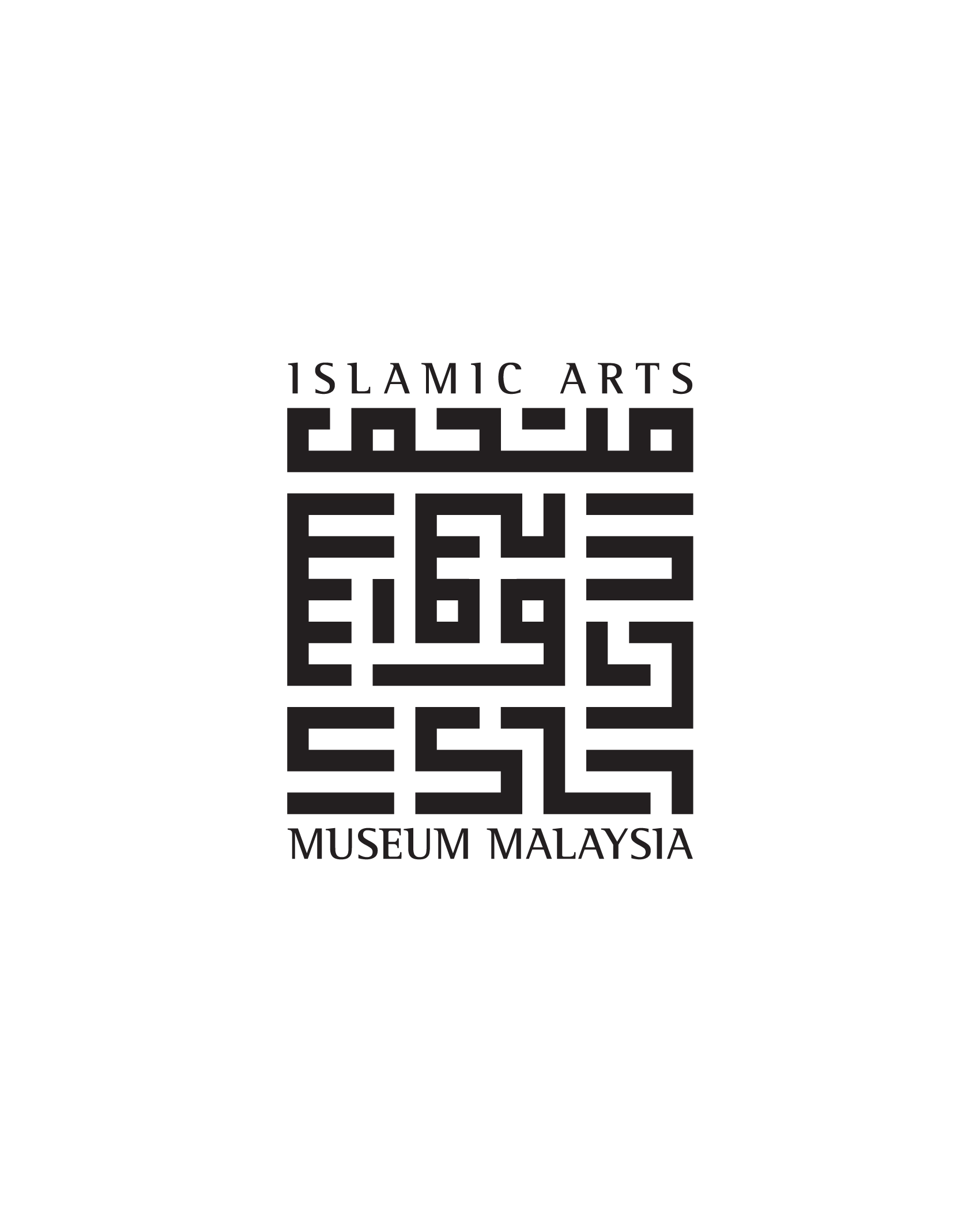 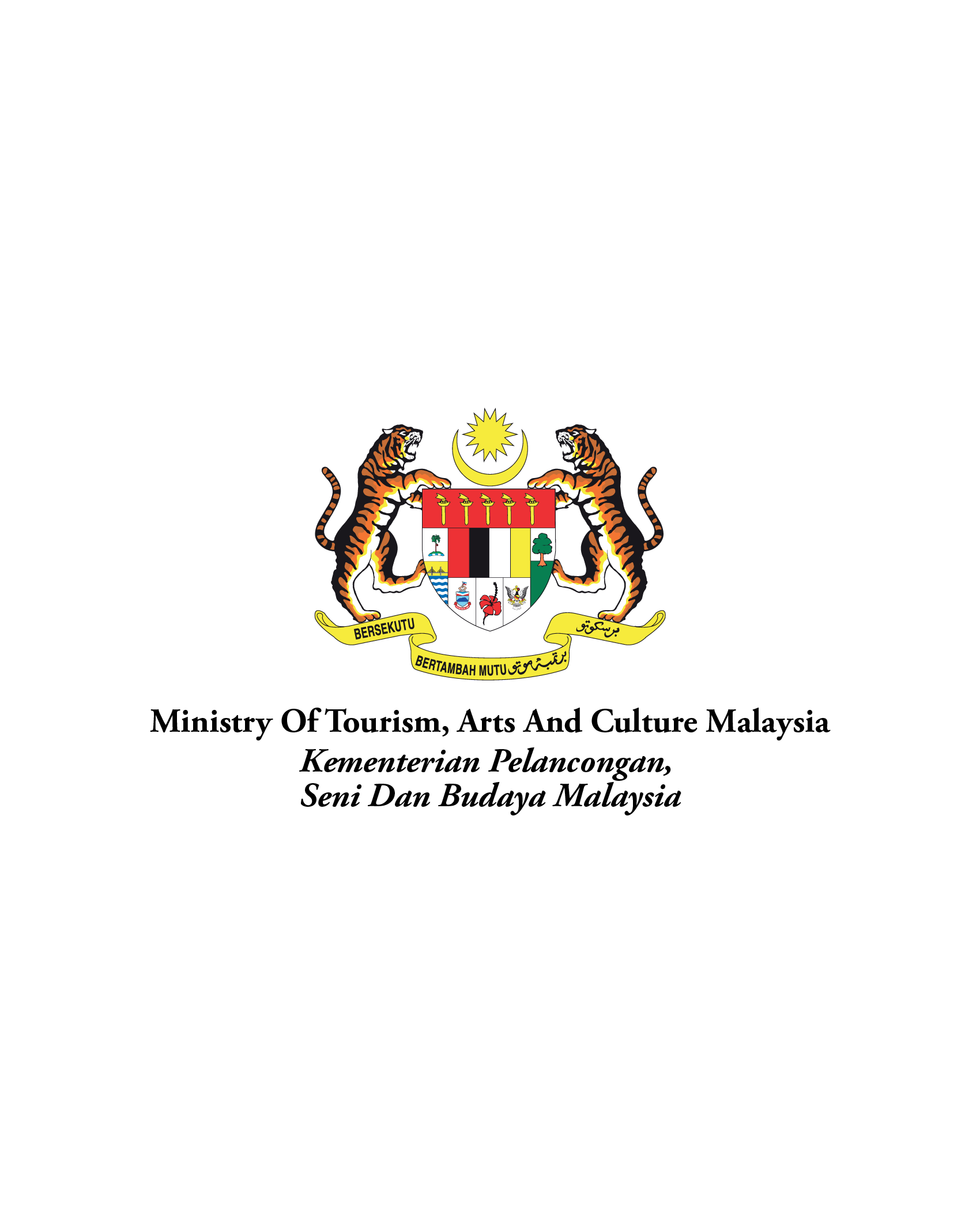 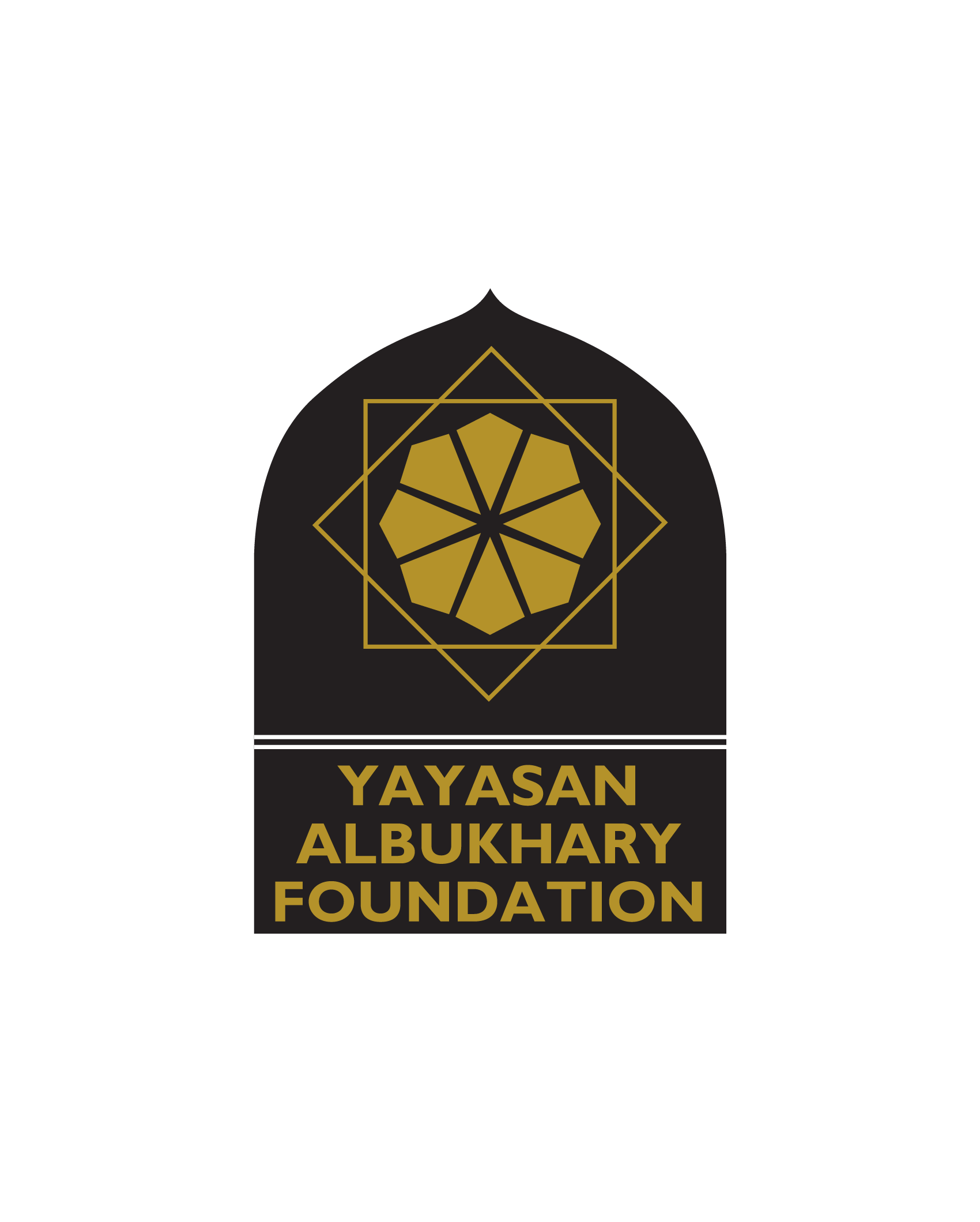