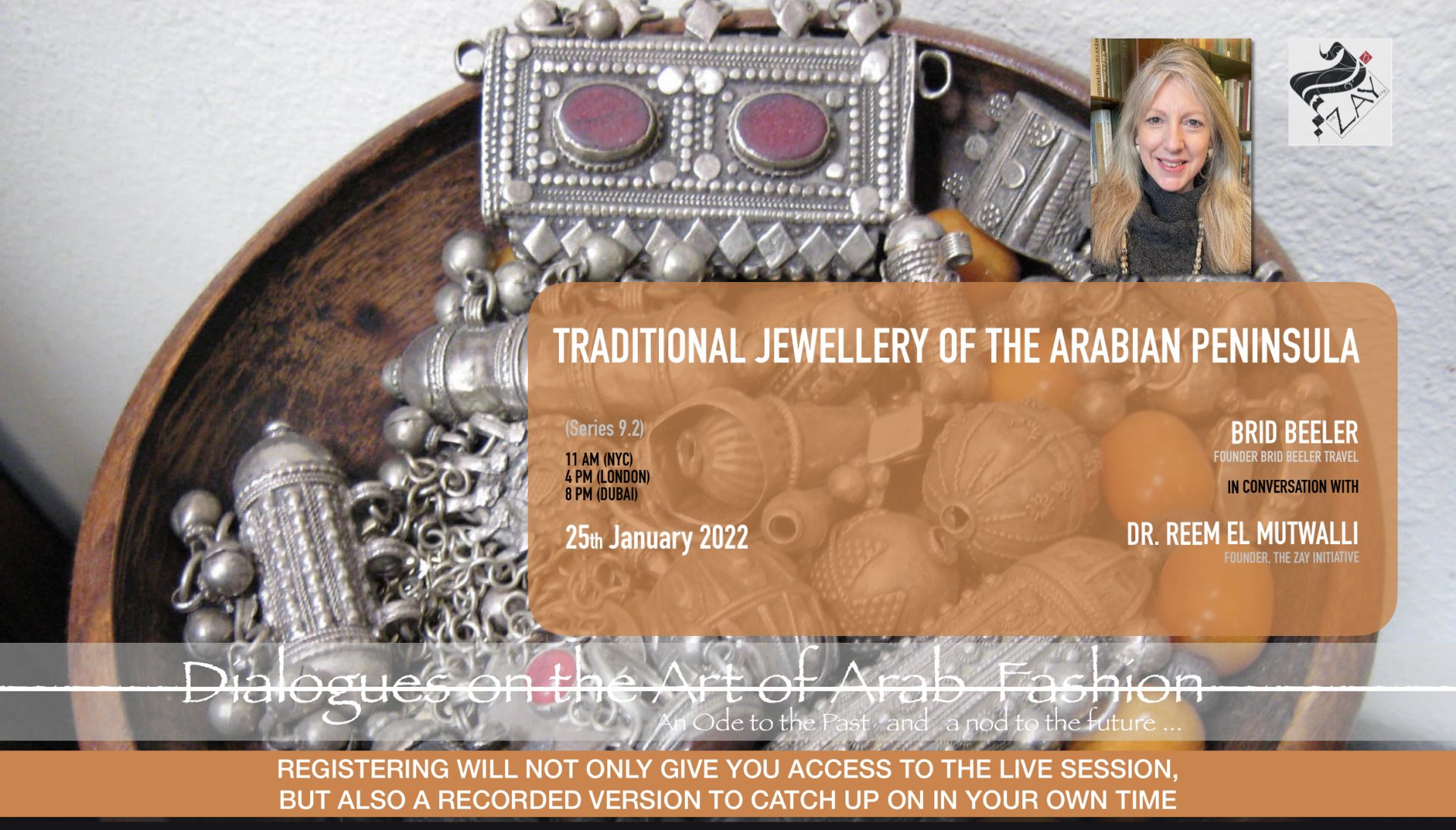 9.2 DIALOGUES ON THE ART OF ARAB FASHION: TRADITIONAL JEWELLERY OF THE ARABIAN PENINSULA

Dr Reem El Mutwalli, Founder of The Zay Initiative & Brid Beeler, Founder of Beeler Travel discuss Traditional Jewellery of the Arabian Peninsula. Brid Beeler has traveled extensively and has 33 years’ experience in the international tourism industry. Director of Brid Beeler Travel, she is a pioneer of inbound adventure tourism in Saudi Arabia. She first went to live in Riyadh in 1989, intending to stay for 18 months. Those 18 months turned into a decade as she immersed herself in the culture, heritage, and stark natural beauty of the country.

Attracted to the traditional jewellery of the region, Brid began acquiring pieces sold by the Bedouin women in the local suqs throughout the Kingdom. On a trip to Yemen in 1991, she bought her first piece of Yemeni silver and amber from a little girl in Shihara, high up in the mountains. Since leaving Saudi Arabia, she has lived in both Yemen and Oman; all the while continuing to add to her collection of silver jewellery, beadwork, and textiles from the Arabian Peninsula.