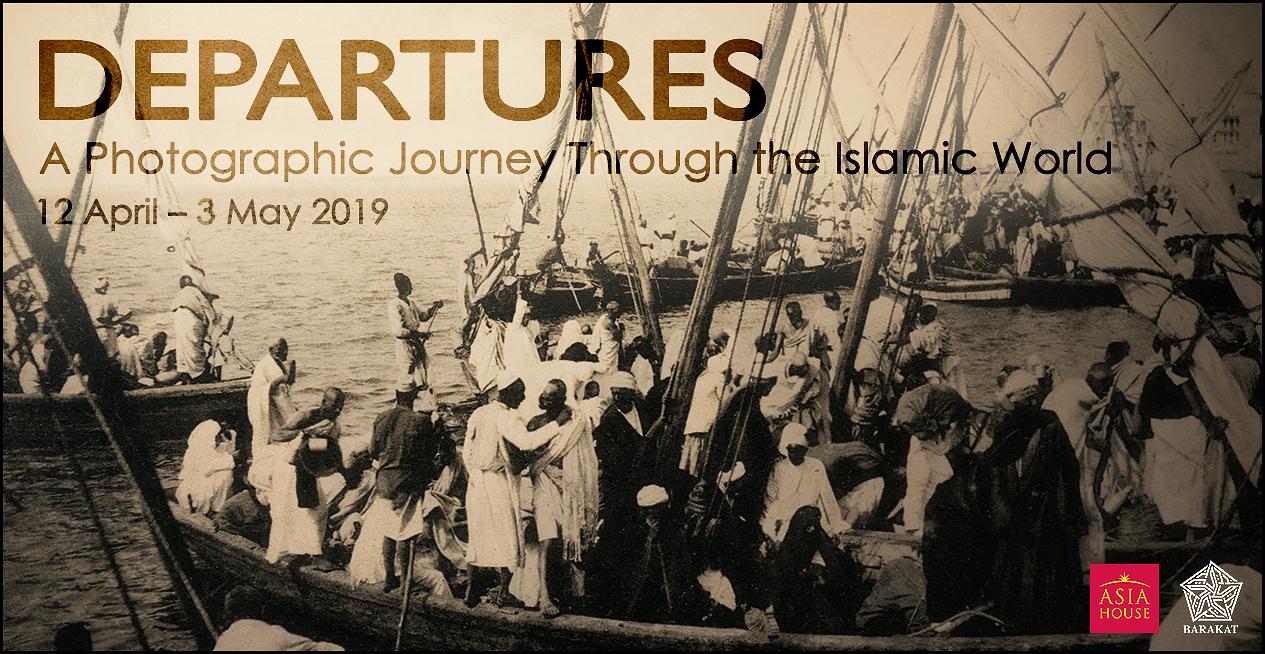 Departures: A Photographic Journey Through the Islamic World

Drawing upon a unique collection of historical photographs and postcards, Departures will reveal the great diversity of the Islamic world’s social and cultural life. The exhibition will explore a geographical area from Morocco in the West to China in the East, and from the Balkans in the North to Sudan in the South. Historical photographs from the mid 19thcentury to the mid 20th century will be shown alongside a selection of contemporary images from amateur photographers on Instagram.

Organised by Asia House and The Barakat Trust, and curated by Tarik Alireza and Richard Wilding, Departures will highlight the rich heritage of this region, exploring its ancient urban centres such as Cairo, Istanbul and Damascus, its traditions of travel, trade and artisanship, and its varied styles of costume and architecture. The exhibition is both a celebration of this historical diversity and a reminder of what has been lost or weakened by cultural destruction, social change and political upheaval.

The title Departures defines the exhibition as a journey of discovery beyond the narrow stereotypes of the region as sectarian, war-torn and culturally bereft. It also reflects the eager, observing eyes of travellers who have questioned, courted, and recorded the Islamic world from the earliest days of photography. These images are the fruit of travel and enquiry, made increasingly possible by ships and railways, then the jet engine, television and internet. Yet this exhibition will also suggest that, despite the advent of these improved forms of travel and communication, the Islamic world has become increasingly alien and misunderstood in the West.

Juxtaposed with the exhibition’s historical photographs will be a mosaic of the Islamic world today seen through a curated sequence of images from the social media platform Instagram. These images, taken by talented amateur photographers, will reveal dynamic and diverse cultures – places where a multitude of people live a myriad of ordinary lives.

A series of associated talks and guided visits have been organised by Asia House and The Barakat Trust to accompany the exhibition.