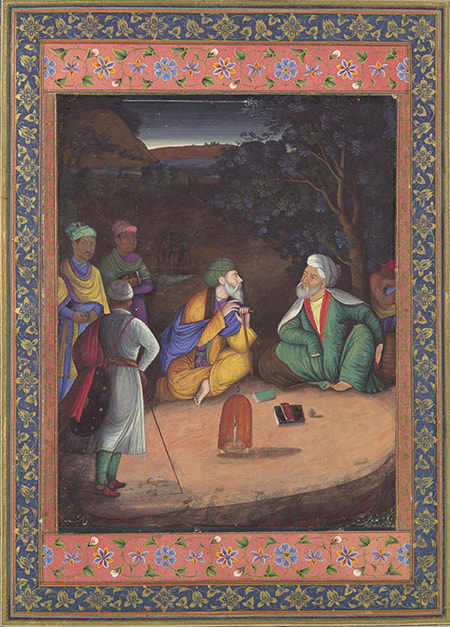 Description
Indians appear in Persian painting long before the Safavid period (1501-1722), either as characters in illustrations of the Shahnameh of Ferdowsi or Khamsa of Nizami or as unidentified labourers, elephant jockeys and the like. Over the course of the 16th and 17th centuries the Persian depiction of Indians expanded to include portraits and works in the Indian style. This lecture will examine the changing representations of Indians that paralleled an increasingly naturalistic style of painting in Iran as well as a shifting political and mercantile relationship between Iran and India.
​​Biography
Since 2009, Dr Sheila Canby has been Curator in Charge of Islamic Art at the Metropolitan Museum of Art. She was previously Curator of Islamic Art and Antiquities at the British Museum (1991-2009), before which she had curated Islamic collections in several museums in the US, including the Los Angeles County Museum of Art and the Brooklyn Museum. She has written numerous publications, including: Islamic Art: Close-Up (2015); Shah `Abbas and the Imperial Treasures of Iran (2009); Islamic Art in Detail (2005); and Hunt for Paradise: Court Arts of Safavid Iran, 1501-76 (2003).