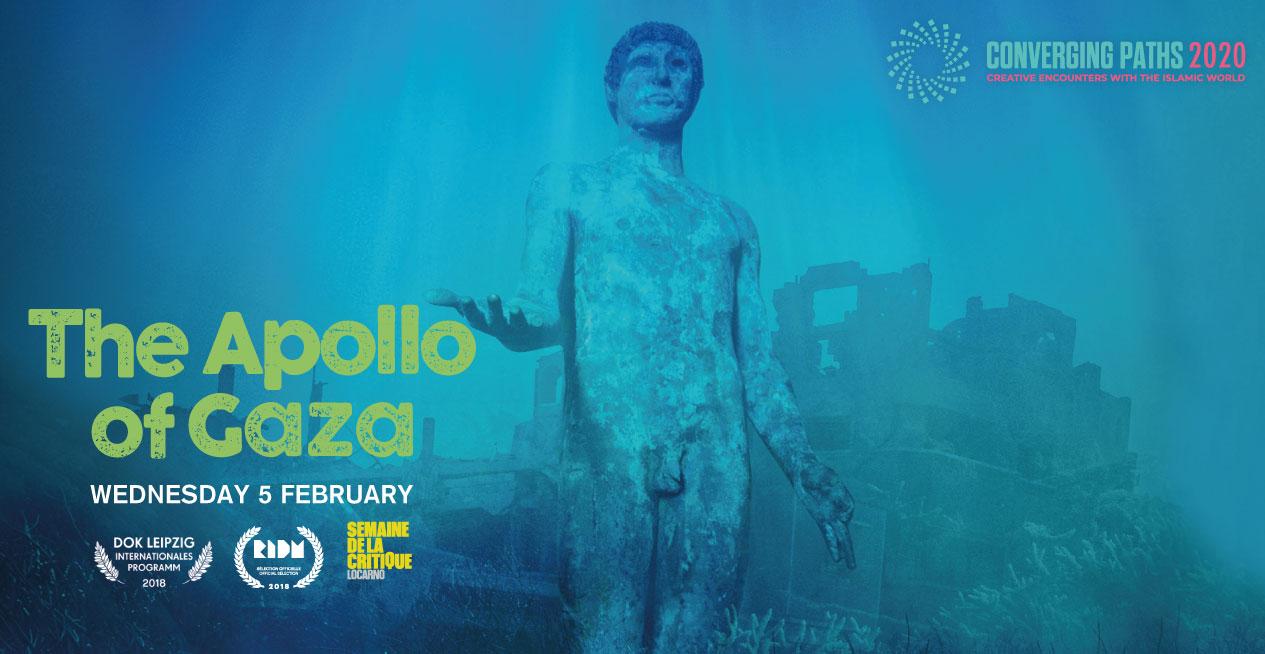 The Apollo of Gaza

The work of forgers, or a gift from the gods to a Palestinian people desperately in need of hope and recognition?

This is the story of a 2,500-year-old Greek statue that washed up in a Palestinian fisherman’s net in the waters off Gaza in 2013 found in the waters off Gaza—before disappearing under mysterious circumstances. The Apollo of Gaza is the most recent film by director Nicolas Wadimoff, whose past films Les gants d’or d’Akka and Aisheen (Still Alive in Gaza) bear witness to his long-standing interest in the realities of the daily lives of Palestinians. The Apollo of Gaza follows the mystery of the ancient statue of the Greek god of love and poetry’s fate through the stories of the various players that had a part in its discovery and its subsequent disappearance, exchanging hands under the forces of greed, lust and power plays—but also support, fraternity and the hope of its people. Join us for a screening of this poetic and philosophical reflection on the passage of time, lost histories and of stories with unknown endings, in parallel with the unending Israelo-Palestinian conflict and the currents of resistance in daily life in Gaza. The screening will be followed by a presentation interview and a Q & A session with the director, Nicolas Wadimoff.

This event is part of Converging Paths 2020, organised by Asia House and The Barakat Trust, and in partnership with the London Palestine Film Festival and The Centre of Palestine Studies of SOAS. We thank Akka Films for their support.

This event is part of the series Converging Paths, a year-long series of events curated for 2020, and organised in partnership by Asia House and The Barakat Trust. With this series we aim to engage audiences in challenging cultural misconceptions about the Islamic world, building bridges between communities and highlighting the importance of the arts of that region. We aim to provide wider access, combining digital platforms and curated cultural programmes that appeal to adults and families.