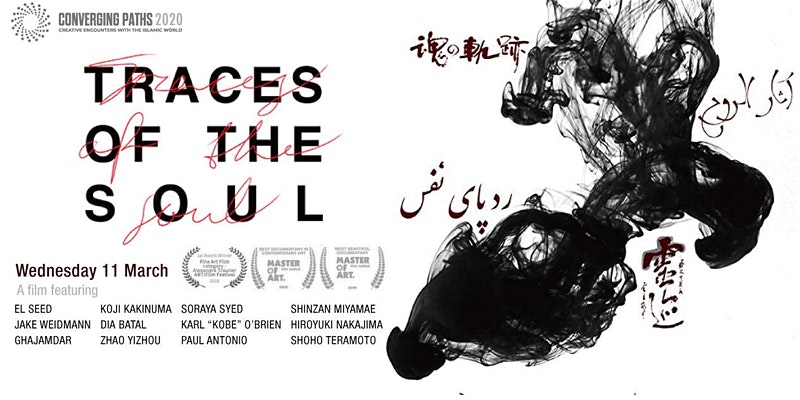 Traces of the Soul

Handwriting, unlike digital communication, carries something beyond literal meaning, something of the soul

Through the eyes of twelve international artists Traces of the Soulexplores the world of contemporary calligraphy and why it is an increasingly relevant art form in this digital age. The film reveals how the art, philosophies and life stories of these artists, whose diverse work is rooted in the ancient traditions of calligraphy, reflect and engage with the modern world.

Join us for a screening and presentation by director Martin Cooper and some of the artists featured in the documentary.

This event is part of Converging Paths 2020, organised by Asia House and The Barakat Trust, and with the support of The Altajir Trust. The event has been facilited by Sakiko Nishihara.

The Barakat Trust and Asia House