Skip to content
Home/Latest news/Episode 13: The Sanctuary at the Heart of Islam with Simon O’Meara

Episode 13: The Sanctuary at the Heart of Islam with Simon O’Meara

The Kaaba is the sanctuary at the heart of Mecca, in present-day Saudi Arabia, where millions of pilgrims head each year, and towards which the world’s 1.8 billion Muslims pray. Join Dr Simon O’Meara for a fascinating conversation about the Kaaba and the different ways Muslims have written about it and depicted it over the centuries.

Simon O’Meara is an architectural historian of early to pre-modern urban Islamic culture,  and currently Lecturer in the History of Architecture and Archaeology of the Islamic Middle East at SOAS, University of London. His research studies the sociological aspects of Islamic art and architecture.

He is the author of the forthcoming monograph The Kaaba Orientations: Readings in Islam’s Ancient House, the first book to study how Muslims have written about the Kaaba. The book is published by Edinburgh University Press and available from June 2020.

This podcast is part of our Converging Paths and Arts In Isolation, a partnership with Asia House, kindly supported by the Altajir Trust, and the Aga Khan Trust for Culture’s Education Programme.

Image: Majnun, a heart-broken lover, clasping the knockers of the Kaaba. He is taken to Mecca by his father in the hope that he will forget his beloved Laila. 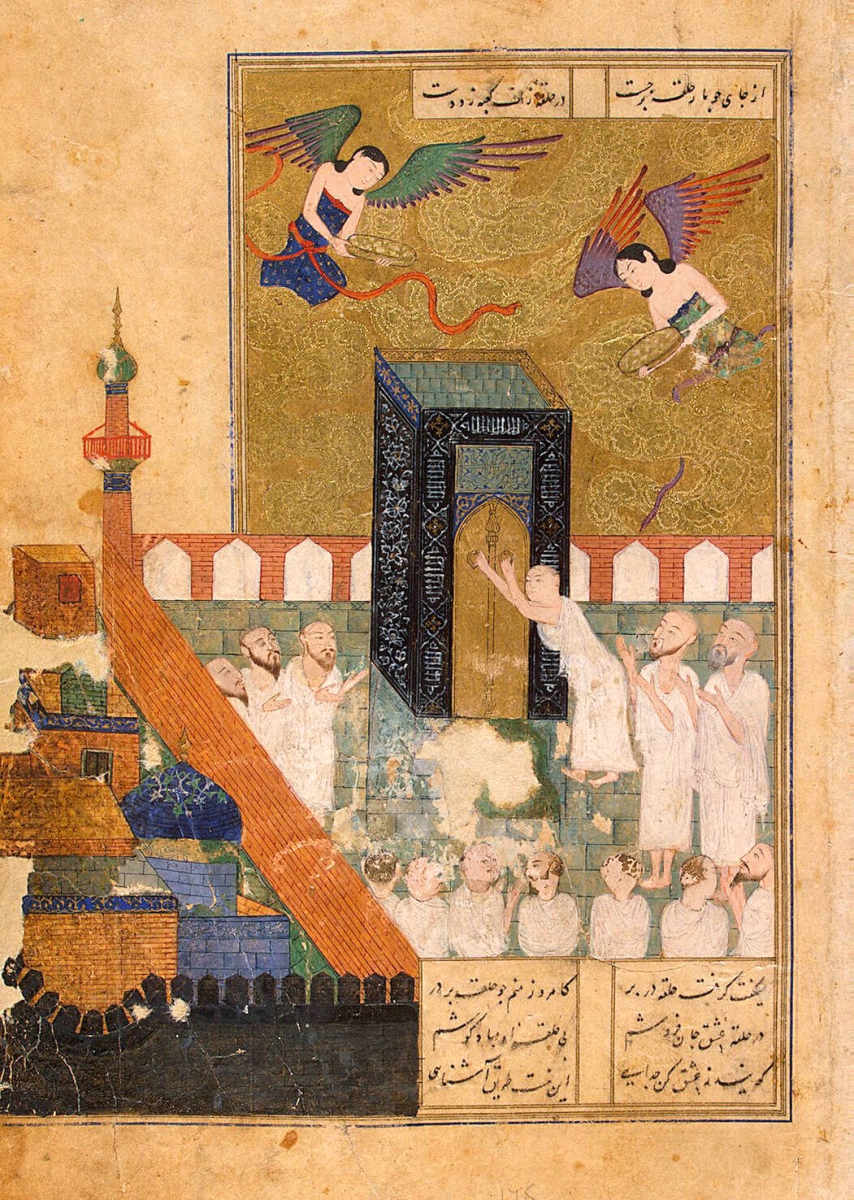