Episode 16: A Matter of Perspective with eL Seed

eL Seed works in the public sphere, for the people and – most of the time – with the people. During this conversation, eL Seed sheds light on his career, his projects democratising art, and on his roots, to reveal the ingredients that form his unique sense of perspective on community cohesion.

eL Seed (born 1981) is a French-Tunisian street artist whose works incorporate traditional Arabic calligraphy, a style he calls calligraffiti. Since the 2011 Tunisian revolution, eL Seed has consciously used his art as a tool of political expression. He uses his work to spread messages of peace, unity and to underline the commonalities of human existence. His artwork can be found all over the world and consistently aims at unifying communities and redressing stereotypes.

This podcast is part of  Converging Paths and Arts In Isolation, a partnership with Asia House, kindly supported by the Altajir Trust, and the Aga Khan Trust for Culture’s Education Programme.

Perception, a  huge ‘street’ installation painted on the facades of  50 buildings in the Zarayeb (garbage collection) area of  Manshiyat Nasser in Cairo in 2016. The calligraphic work, which can only be fully seen from specific point on the Muqattam Hills nearby, quotes a third century bishop of Alexandria, St Athanasius, who wrote: “Anyone who wants to see the sunlight clearly needs to wipe his eyes first.”  (Image: Ouahdib from Wikimedia Commons). 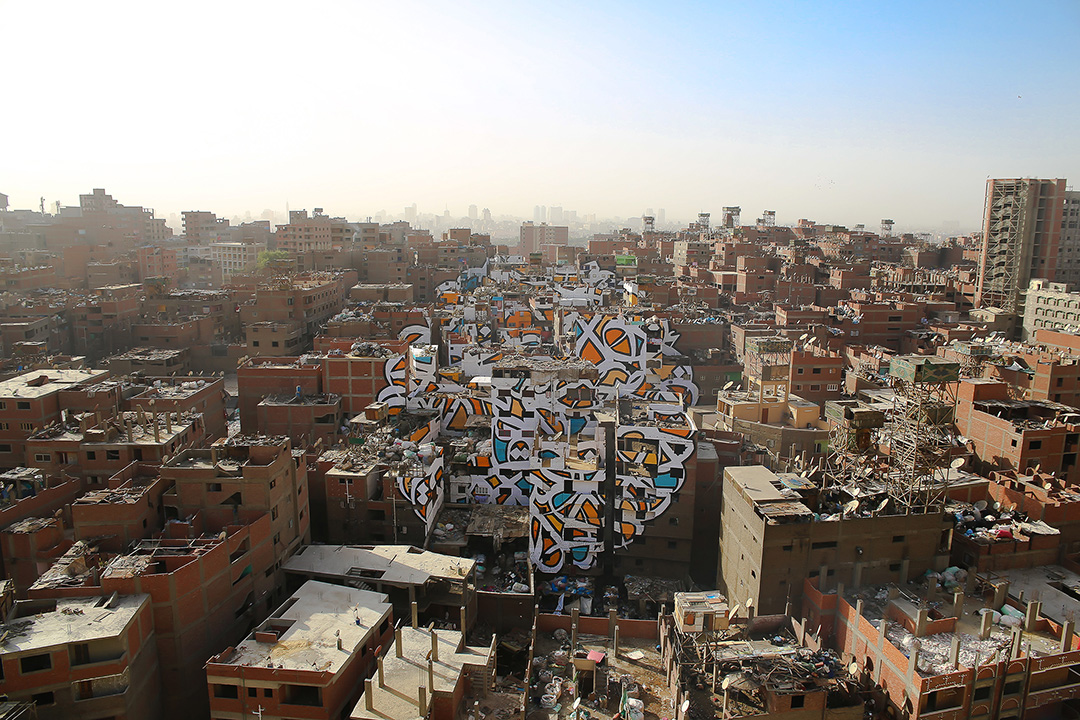