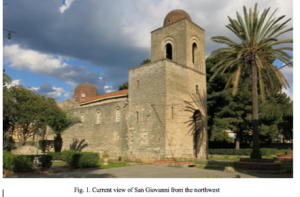 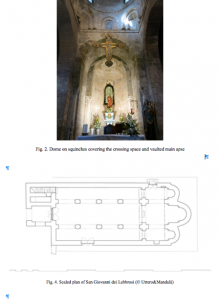 During 2014 to 2015 a team led by Mr. Agudo and Mr Mandala performed an excavation of San Giovanni dei Lebbrosi, one of the earliest Norman churches in Sicily. They were funded by the Barakat Trust (2015) and the Spanish Ministry of Culture (2014-2015)

The church is in Palermo which according to written sources was heavily populated between the 9thand the 11thcenturies. The Muslim traveller Ibn Hawqal recorded an extended network of urban spaces and counted around 300 mosques around the capital Palermo. Needless to say it is a definite possibility that San Giovanni dei Lebbrosi has had Arabic and Islamic influences. Indeed sources describe Norman Islamicate architecture as being comprised of Arab-Islamic, Byzantine and Latin traditions. Creating what some have deemed an eclectic form of architecture.

The complex of San Giovanni is located in the South Shore of Palermo, on the ancient right bank of the river Oreto at one of the main access points of the city. This area is likely within the vicinity of the Islamic neighbourhood of al-Ja’ farriqa.

The following work has been developed and completed :

The team further received a gracious grant from the Barakat trust in 2016.