Jeddah: Crossroads of the World – A new podcast with Ahmad Angawi

Join celebrated artist Ahmad Angawi as he explores how Jeddah has been influenced by many cultures, from Morocco to Indonesia, and how Jeddah has influenced them back. Learn about the cultural exchanges that pilgrimages brought, explore the traditional woodworking that Ahmad is helping to keep alive, and discover how traditional crafts can cooperate with this rapid technological world not only to survive in it, but to improve it.

Ahmad Angawi, being of Meccan roots, is inspired by the colorful diversity of the culture of Hejaz. His works revolve around the human condition while also paying homage to both culture and the environment. His approach is inspired mainly by Islamic principles rather than the Islamic aesthetic. Influenced by his father, Architect Dr. Sami Angawi, he has adopted the concept of “Al Mizan in design,” which is the belief in the fundamental principle of balance, as a state of mind, as well as the belief in its application in the field of design.

Ahmad travels extensively throughout the Middle East, visiting historic cities such as Cairo, Marrakech, Fez, Damascus and Tunis where he intermingles with traditional artisans and craftsmen in an attempt to research their time-honored roles and their relationship to today’s mass-market productions. He strongly believes that industrial designers are the craftsmen of today.

Ahmad earned his Bachelor’s degree in Industrial Design from Pratt Institute in Brooklyn, New York, and a Master’s degree in Traditional Arts from the Prince’s School of Tradtional Arts in London.

Ahmad also holds the following positions: Associate Director of Al Makmad Foundation, a cultural institution that aims to conserve and revive the Hijazi heritage; Program Director of The House of Traditional Arts in Al-Balad, the historical district of Jeddah. The school is an initiative by the Prince’s School of Traditional Arts in London, and Art Jameel, and is a hub of activity serving the local and wider community of artists and craftsmen. This role is very personal to Ahmad, as it is his way of reviving the neglected district. 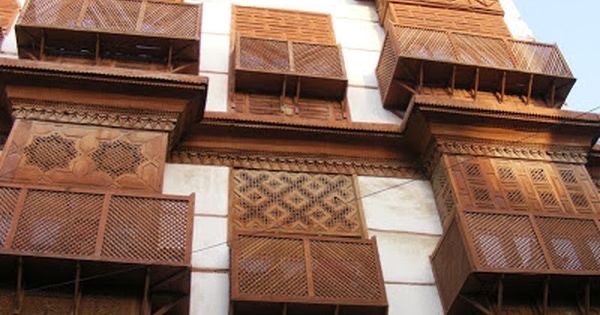 Rawasheen in Jeddah, made with the craft Ahmad is working to preserve.

This podcast is part of Converging Paths, kindly supported by the Altajir Trust and the Aga Khan Trust for Culture’s Education Programme.